I must confess: this #HappinessUnites Tour stop was one on my bucket list. However, I’ve always wanted to go to New York City during Christmastime. And since Christmas Trees unite people, I thought, “Why not?” So, last year, I set off to see one of the most celebrated tree lightings in the world – the Rockefeller Tree Lighting.

I arrived the day before the tree lighting to enjoy the NYC holiday spirit. One of my New York colleagues, Rose, recommended I stay at the Radisson Hotel New York Midtown-Fifth Avenue — across the street from Rockefeller Center. After traveling, I was really hungry when I arrived, so I had a quick lunch at their rooftop terrace restaurant. There was a superb view of Radio City Music Hall and the glorious, then unlit Rockefeller Center Tree. But it wouldn’t stay unlit for long, and my waiter suggested I come to their rooftop tree lighting party the next night.

That’s when I discovered that—unless I had a special invite—I wouldn’t be able to get near the tree for the actual lighting. However, I didn’t sign up for the party at that moment – I wanted to go explore Rockefeller Center and confirm there was no way to get a ticket to be in the tree lightening inner circle party.

I walked across the street to Rockefeller Center. Shortly after I met CJ, who worked at Rockefeller Center Tower, and he confirmed I couldn’t get near the tree for the lighting unless I was invited. There weren’t even tickets you could buy. He showed me where I could stand without an invite to see the tree lighting – which was far way for a short girl. All of a sudden, the pricey party ticket at my hotel sounded like an excellent idea.

As I was wondered around Rockefeller Plaza, taking in the extravagant festive decorations, I saw a long line of people. I walked over to investigate this hubbub and met Rawb, who looked like he was in charge. Lo and behold, he was originally from Dallas. Rawb worked for the company that was organizing the pre-taping of a Seal concert for the Tree Lightening TV show that would air the following night. The free tickets had been given out, but he said I could come back at 5:00, and if anyone didn’t show up he’d let me be a replacement audience member.

A couple of hours later I returned, and the next thing I knew I was in line to be part of the audience for a pre-taping of Seal’s holiday songs. Standing in line I met a very tall man (check out his Instagram @MrGooie) who let me in on the secrets to scoring free tickets to shows. While I was bummed, we don’t have this opportunity in Dallas, I couldn’t pout too long – I was about to see a Holiday-themed Seal show.

After the show, I met Clau and her mom, who were visiting the states from Germany. They were going to miss the actual tree lighting since they were heading to Washington DC then the next day, then Florida from there.

I rushed to have dinner and catch up with Rem, a former coworker.

When I walked back to my hotel, I watched the Saks 5th Avenue store show – it was a specular show, and the windows filled with Snow White characters were stunning.

Close by was the St Patrick’s Cathedral beautifully lit, offering a serene moment in the midst of all of the holiday hoopla. Everything was so exciting that I didn’t want to sleep.

Thankfully I did get a little sleep, and woke up ready to continue my NYC holiday adventure. At breakfast, I met Mary Ann and Dave, two West Deptford, New Jersey natives, who were also going to be at the hotel party. I was excited and a bit relieved that I’d know someone else who was attending the party.

After I explored a bit, I took an Uber to the financial district, where I met up with another former co-worker Rueben for lunch.

In addition to the three other DFW residents I met, I also met lots of native New Yorkers and travelers from across the world – including a couple from Japan. I collected plenty of addresses for my #HappinessUnites Tour postcards, and made a few new Facebook and Instagrams, too. 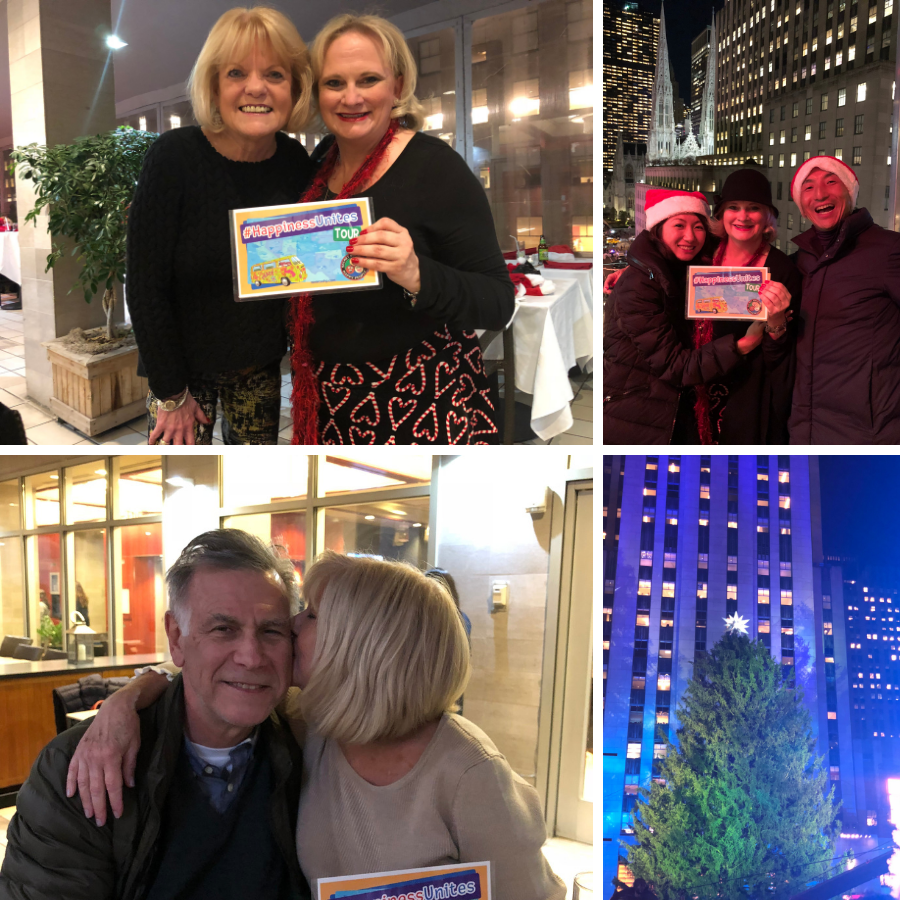 When the time arrived to see the tree lighting, I squeezed into a spot outside on the balcony where I could record the actual lighting. I felt like a child waiting for Santa to arrive. Everyone was full of Christmas cheer, and it really felt like the most wonderful time of the year. There, alongside globetrotters from Japan, my fellow Texans and new friends from all over the United States, I watched as one of the biggest, most beautiful trees in the whole country was made even grander with lights that felt magical.

It was a night to remember – and I’d love to make it an annual tradition – but not this year.

The next morning I went to the Today Show — #HappinessUnites Tour Stop 24 — and had breakfast with Barbara Grapstein, one of my longtime Society members who can be found on Instagram at @goldcoastgiggles. She does so many things to help people find more happiness, and she’s a true inspiration. Check out her Healing Headbands – she even honored me with a gift of one. 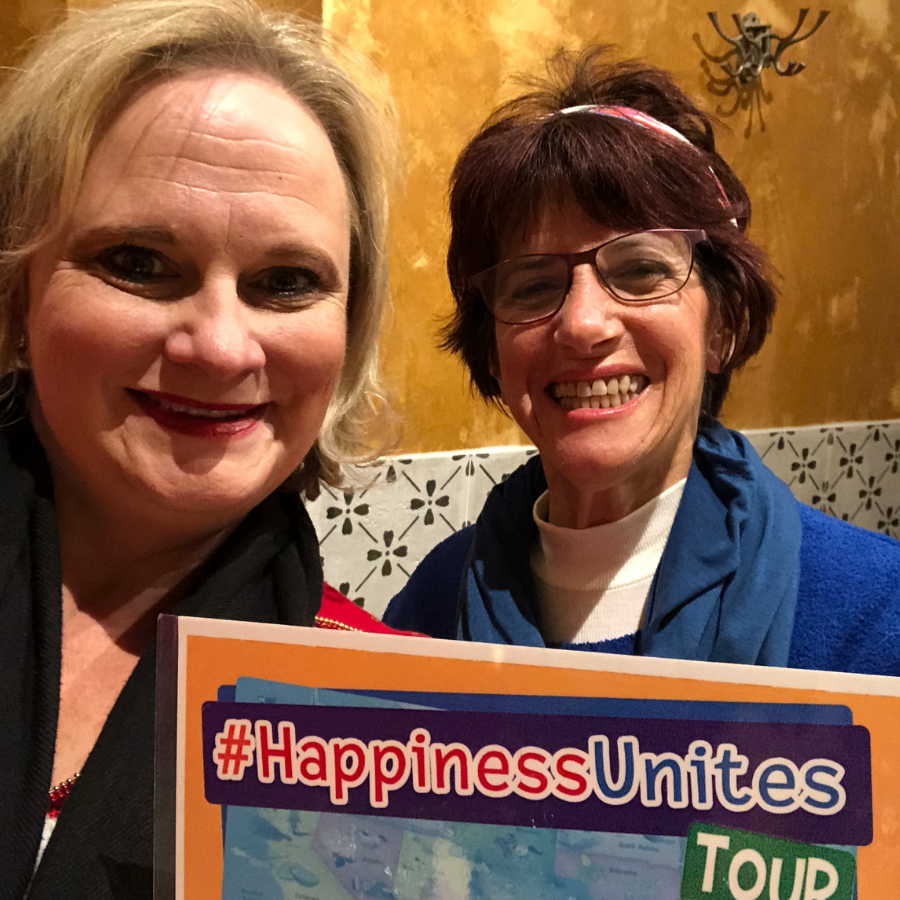 Even though happiness is abundant year-round, the holidays do seem to bring out more happiness in us. If you can’t make it to Rockefeller Center for a tree lighting, consider going to a local one and sharing the happiness with others. As I saw on that perfectly chilly, magical night, watching a Christmas tree lighting can unite us. 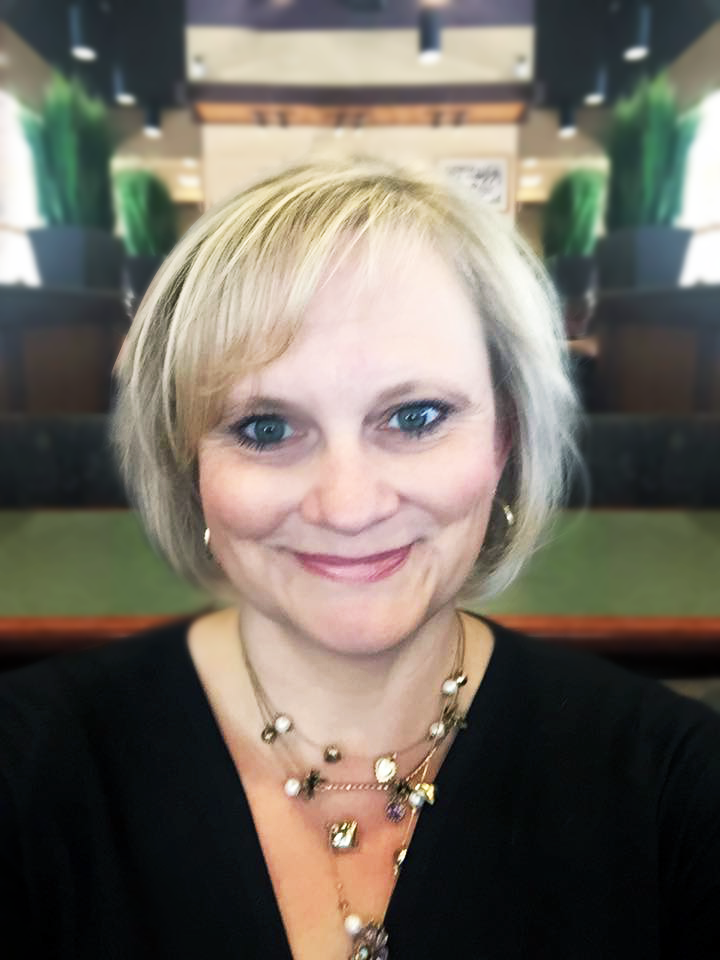 Pamela Gail Johnson founded the Society of Happy People in 1998. The Society is grounded on Pamela’s four key Practical Happiness Principles: Pamela identified 31 Types of Happiness that are on the SOHP App Happiness Counter to make it easier to recognize moments of happiness. Pamela also plans and organizes the Society of Happy People's annual happiness celebrations: She's also a speaker, trainer, and author. A few of her personal smile starters include her monthly book club, yoga, traveling and meeting new happy people.

This site uses Akismet to reduce spam. Learn how your comment data is processed.

Get SOHP Updates Emailed To You

The Same Day They're Posted... Subscribe Here (you'll need to confirm you requested the email)

Your goodies are on the way! Check for a confirmation email and click the link in the email so that we can send your happy goodies to you right away! So excited to have you join us!!

Check for a confirmation email!

Rest assured! Your information is 100% safe with us!

You have Successfully Subscribed!

Rest Assured! Your Information Is 100% Safe With Us! We ask for your name so that we can be polite when we email you :)